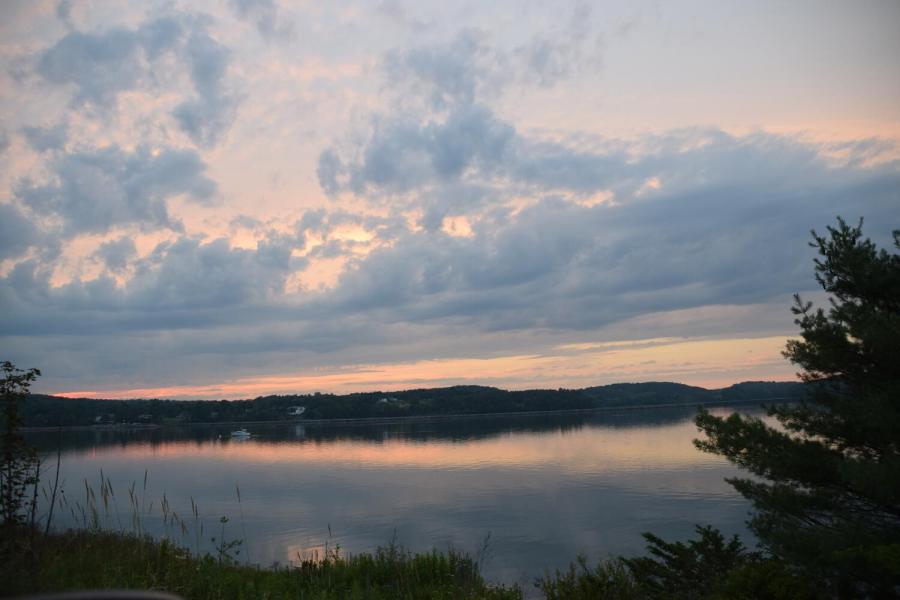 So, a quarter century ago, when many audiobooks were still HELLACIOUSLY expensive and some were not so very good, there was a woman with a mission:

Review books, and show people, schools and libraries which were good, and which were crap.

She founded a magazine (then a newsletter) called “Audiofile” … and it remains the most important review and response publication of my industry. If you’re a fan of audiobooks, you can do worse than to get a subscription, and particularly look for books that win an “Earphones” award.

Most years, the MC of our little happy gaggle Michele Cobb organizes some semi voluntary live readings at this little shindig. Last year we had some Shell Silverstein poems to read. THIS year, she very sneakily got the industry to write notes of thanks and accolade for Robin and Audiofile magazine as a 25th anniversary congratulations. And we got to read them aloud for her and everyone assembled!

The woman of the hour.

“Clambake” from Carousel. A mighty singalong.

Listening to the words

And sharing the words. (Megan Tusing)

With a bit of a grin (Dion Graham)

And some humor (Barbara Rosenblat) 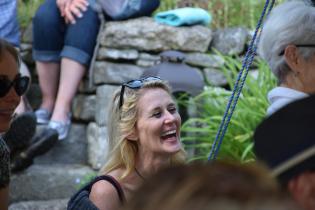 We adjourned from the fun, for blueberry pie and cake, and sparklers on the waterfront. Say what you will of sparklers, or “Morning Glories” as we always called this style… they’re fun, and make a lot of smoke.  On the water.  (fire in the sky)  Nobody burned down the concert hall tho… so.  Small favors. 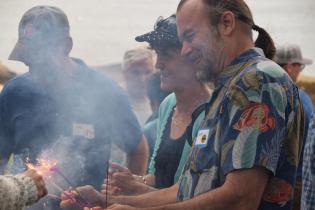 The evening wound down, and Megan and I headed back to crash at my mom’s place (Thanks again mom!) and a late evening lobster roll at the famous Red’s Eats in Wiscassett, near where I went to Jr. High.  After eating our fill, and filling several mosquitoes, we finished up and turned in.

Sadly, Megan had real world demands in the City, so Sunday bright and early I dropped her off at Amtrak in Portland to make the journey to NYC.  (She made it… if you were worried)

I went off to see the rest of the family, and visit some of the shore. 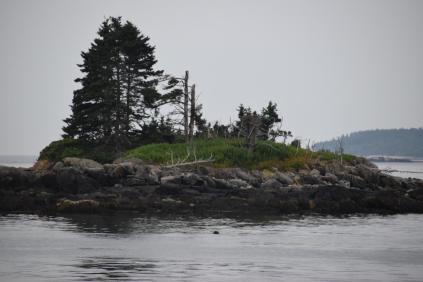 Rock gardens at my Dad’s place

It was Open Farm day in Bowdoinham ME, cool antiques…

Grown along the high tension lines. Cool use of space!

Soon enough, it was time to head home… other things to do, other places to go.  Final dinner with Mum, and her pal Patty, lunch with my Sis… and then the road home to NY.

Until next time old friends… be well.

Cheers!  I’ll see you with more when I’m back from camping.