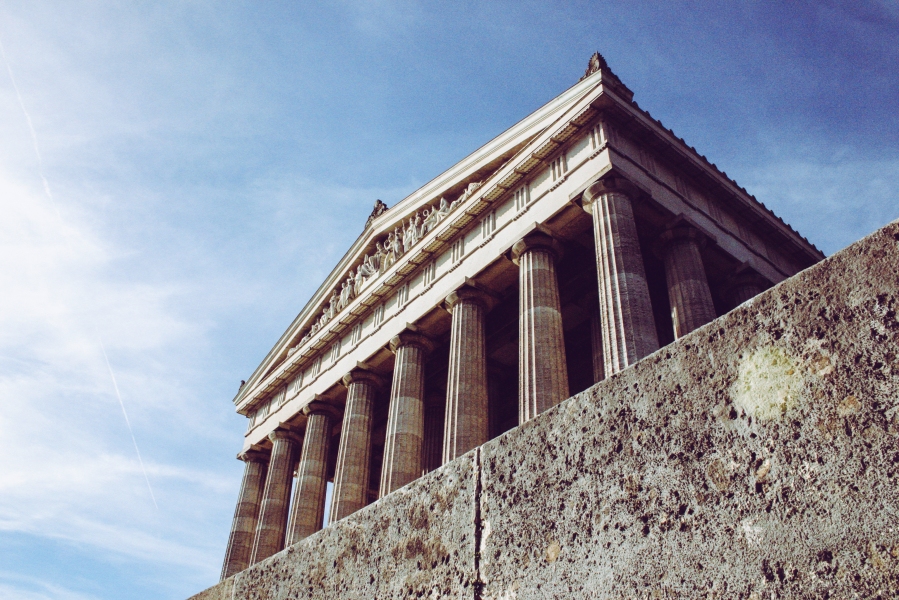 “Forvm” was, btw, my first musical production. Dude, as a HIGH SCHOOL we did “A Fvnny Thing Happened on the Way to the Forvm?!” I look back now and go “damn. Go us.”

… EVERYBODY ought to have (cough) a Maid.

ANYWAY. I was on the way to the coffee maker – ok my French press, let’s not play – and thought to myself “Oh shit, it’s Wednesday. You’re supposed to have a cogent and thoughtful, or at least mildly interesting post for Wednesdays!”

So, I’m gonna talk today about characters, getting into character, loving and hating characters and the many paths to them for actors.

You will hear as many opinions on the process of getting into characters as you will find actors to talk with, and then some. There’s “Method” acting (which frankly is a term like “Mexican Food” … I mean, it’s so freakin broad and it’s become very removed from it’s origins) and there is Affective acting (essentially putting on the mask of a character’s emotions to create the character), there’s people who love to explore the nuance of every single detail of a character’s past and motivation, and there are those who just get the job done.

The reality? There are a lot of places along the spectrum that totally work.

Below the working end of the spectrum, you KNOW when you run across someone who has no flow on stage/screen/mic. You can sense it. Local TV commercials, you know what I mean? “Hi. And welcome. to. Doug’s Dish Emporium. *pause. grin.* … We have. Dishes! And… More!”

Then there are those totally comfortable being “on” that can deliver the lines beautifully… but they’re themselves. I mean Jack Nicholson, Tom Cruise, Pamela Anderson… they can be fun to watch, they do solid work. But you’re not really fooled into thinking they’re someone else, you know?

(To me, the audiobook equivalent here is the Eloquent Read. It’s a solid, well paced, authoritative delivery of the material. No frills, no characterization, just a good read of the book.)

On the other end of the spectrum are the people who can fold themselves into a role so amazingly, you have to look them up on IMDB to be sure.

Karl Urban. Charlize Theron. (Btw? there’s my fantasy lunch… me and those two, talking about the craft. Guys? If you’re free? Just… sayin!)

This? Is the kind of Audio Book experience I enjoy, and aspire to every time. I’m not so cocky as to believe I actually hit that, but I try. I love forgetting I’m listening to a person, and just getting lost in the story. Immersed in it, wrapped up in it. The characters feel RIGHT, the pacing is the way the book demands it. That’s a joy.

I should say, there are those that are BEYOND the end of the spectrum . . . the ones who are SO into “getting into character” that they’ve lost their damn fool minds. Daniel Day Lewis, for example. Nutjob wandered around Rome while filming “Gangs of New York” … in character, picking fights with random strangers because it was his character. No, I’m not kidding. Dude is nuts.

You obviously cannot get into each and every character this way in an audio-book. I can’t sit down and do a complete character study for every person, and go through a ritual of becoming that character every time the dialogue switches. So HOW the hell do we do it?

You don’t get into character for the PEOPLE in the book. THE BOOK is the character.

Each book has it’s own rhythm, it’s own flavor. If I’m lucky enough to have plenty of time with a book (rarer and rarer these days) I like to listen to the music the characters listen to, eat the food, look at the city and the art online if I can. But often I don’t have the time, or the book is set in a fantastical locale where I can’t do that.

Also, let’s face it, if I let some of their behavior dictate my drinking, I’d be in trouble. 😉 We won’t even touch on the other drugs.

So instead, I practice conscious surrender. I leap into the book with both feet, shut out distractions as much as possible and just let it sweep me along. (Some books, I feel like I need a safe-word with, but that’s where the conscious part of it comes into play)

I think that’s why I cry and laugh as much as I do… because I really do just bathe in the words. It’s a workout! There’s no logical reason to feel as exhausted by spending 8 hours in a chair as I do… but I do.

Anyway. There you have it… my version of “method” acting a book.