Loved the gripping saga of the Swarm, and humanity’s desperate bid for survival in a hostile universe?

The next installment of the Legacy Fleet series by Nick Webb – “Defiance” is out. 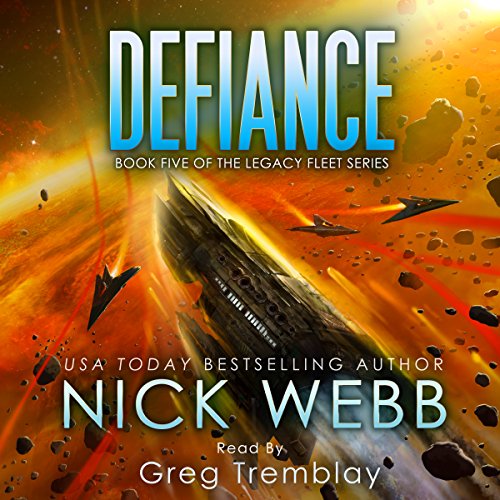 The fog of war clouds everything. Enemies lurk in the shadows, within the very fleet sworn to protect United Earth. Conspiracies and murder abound, and in the background…. The stalled alien invasion lurks.

The Golgothic ship has burrowed deep into the core of Saturn’s moon Titan, whose mass slowly but inexorably increases. The Dolmasi, once allies of United Earth in the Second Swarm War, now attack us, unhinged and without reason. And all the while, Admiral Shelby Proctor works to answer the most urgent questions of all: what was a piece of the old ISS Victory doing inside the Golgothic ship? And was it Captain Tim Granger’s voice that whispered from the doomed ship, “Shelby, they’re coming?”

And …are they the Swarm? If they are, God help us all.